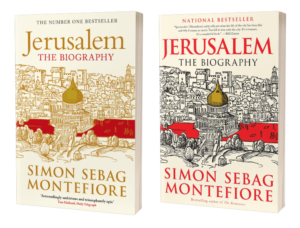 Neil Jordan, whose films include THE CRYING GAME and MONA LISA, is attached to screenwrite Simon Sebag Montefiore’s JERUSALEM (W&N) for television. He will also act as consultant and executive producer alongside Lionsgate Television UK, which bought television rights to the series, as reported last May.

According to Lionsgate, which will sell global rights to the series, the production will be “a character-driven, action-filled account of war, betrayal, faith, fanaticism, slaughter, persecution and co-existence in the universal city through the ages”.

Montefiore said: “I am delighted that Neil Jordan is writing and developing an exciting narrative TV drama series from my JERUSALEM book. I have always been an admirer of Neil’s films. I am so happy to be working with a great company like Lionsgate and Neil in bringing JERUSALEM to the screen.”

Steve November, creative director UK Television, added: “Neil’s calibre and experience makes him a perfect fit for the material. I couldn’t have hoped for anyone more suited to the job to attach themselves to this exciting project.”

Chris Selak, Lionsgate executive vice president and head of Worldwide Scripted Television, said the company was “assembling all the key elements to make JERUSALEM a blockbuster series for a truly global audience”.